How do CEE countries communicate vaccination?

As vaccines are available to fight COVID-19, governments all over the world face the task to reach population immunity as soon as possible. The currently low supply of vaccines is a given circumstance, which is improving by the expansion of production capacity, but what to do with those groups, who decline the vaccine? And which vaccine, when there are more available, even some which are not approved by the European Medicines Agency? How governments try to inform and influence people in the CEE region?

What are currently the main messages?

At this point, all governmental communication is focusing on one goal regarding vaccination: get it done. One’s wish to get vaccinated is of course limited by the rather short supply, so governments in the CEE are aiming to persuade those who are declining the COVID-shot. They do it through simple, short and expressive messages: in Poland the encouragement for registering for vaccination is “Szczepimy się” (translating to “We’re vaccinating”), in the Czech Republic these are #CepimoSe (#GetVaccinated), #SkupajZmoremo (#TogetherWeCan) and #OstaniZdrav (#StayHealthy) and in Hungary people are also advised to register (“Együtt újra sikerülni fog” meaning “Together we can succeed again [in beating the virus]” and “Minden élet számít” meaning “All lives matter”).

As the number of vaccines is limited at the time, and many who would love to get the vaccine cannot get now, the question emerged: who and when will get the vaccines? Many governments in the region refrain from sharing detailed information on the exact periods, but the Ukrainian government communicates with a clear Gantt chart – while the vaccination only started on 24th February and by April only the healthcare workers will get vaccinated, the vaccination plan after is easy to understand:

Although the main message is encouragement, there are also continuously emerging questions, which need to be addressed and one of them is the safety of the various vaccines. A recent concern appeared in connection with the Oxford-AstraZeneca shot, namely that it carries a higher risk of causing blood clots, but it was deemed safe by the European Medicines Agency (EMA), thus giving governments the task to reassure citizens in taking the vaccine – to do so, in Slovenia, government leaders got vaccinated publicly after the confirmation. Emotions were evoked around the Sputnik V vaccine as well, as it is still awaiting its approval by the EMA, while the government of some countries decided to include it in the set of applicable vaccines. Serbia is one of these countries, where the Russian developed vaccine is not only available, but it soon will be produced in the country.

With the growing number of vaccinated people, governments face the need to reinforce previous safety measurements too: wearing masks, social distancing and generally preventing the catch and spread of COVID-19 is still important until the population immunity reaches the required point.

The main platforms of the vaccine communication

In most of the CEE countries the official communication regarding the vaccination has a governmental site (see the sites for Serbia, Hungary, Slovenia and Slovakia) and corresponding social media sites (mostly Facebook and Instagram), but there is an example of application, where registration for vaccination is available in Ukraine, the app is called Dia. 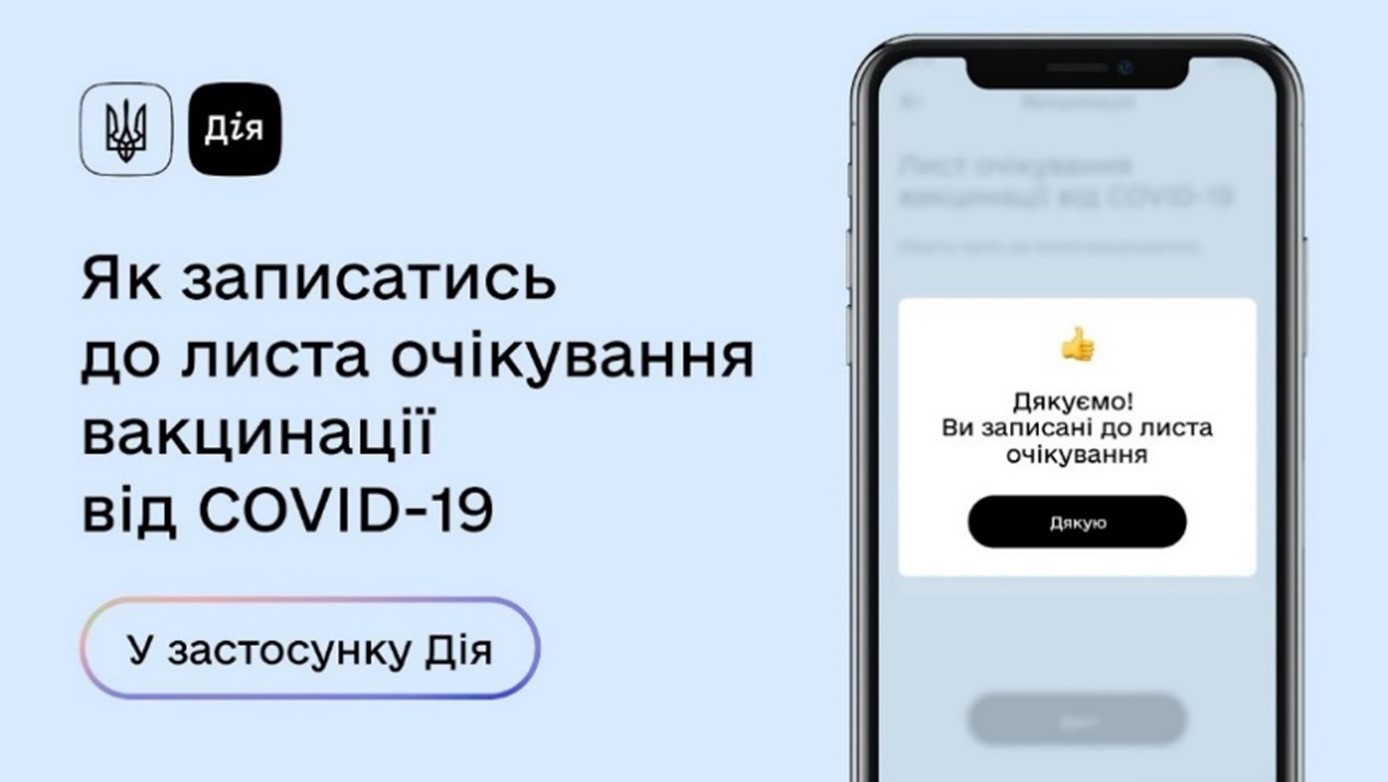 Governments in the CEE also tend to use conventional advertising channels actively: prints and online ads are made, along with OOH elements, such as billboards and city lights, and television ads are also constantly run on this topic. Local celebrities also often involved in the advertisement, popular actors and other prominent people are part of the campaign for example in Slovakia and in Poland, and in Hungary, being part of the official communication team pushes people to a sort of celebrity status: the leader of the National Institute of Environmental Health and the spokesman of the National Ambulance Service are often seen incorporated in memes and have various media appearances since the breakout.

In Croatia, Minister of Finance Zdravko Marić broke news just by receiving his vaccination: by exposing his muscular arm for getting the shot, he even became world news, and was announced a model for vaccination by a Mexican news site. 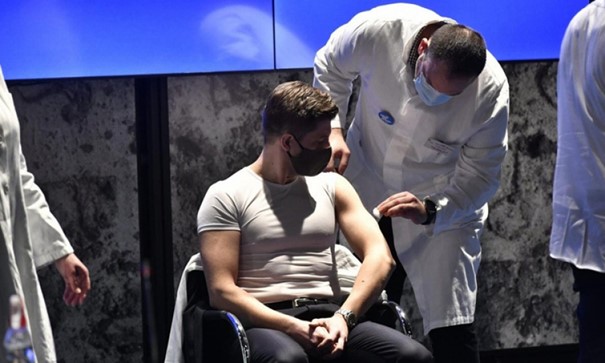 Vaccination campaigns are targeting those who are unsure or negative about receiving the COVID-19 vaccines, but can we measure how effective they are? The leading CEE countries in vaccination are Serbia (12.7% of the population is fully vaccinated) and Hungary (7%), but they are amongst the top countries is the continent as well – partly due to the fact, that these are two countries, where the Russian and Chinese shots are also available. They are followed by Lithuania, Poland (5.2%) and Slovenia (5.1%), while Slovakia, Romania, Estonia and the Czech Republic are above 4%, Russia (3%), Croatia (1.9%) and Bulgaria (1.2%) are in the bottom.

The inclination is changing over time, and though we can say it shows a stable growth, it is influenced by many factors. In the Czech Republic at the beginning of March 2021, 58% of the population would like to get vaccinated. There was a decrease in willingness from December to February, but this time it overall slightly exceeds the willingness in September (56%). Not in every social group though: younger people, graduates without a high school diploma, members of poorer households and those who do not know anyone infected with coronavirus are less likely to accept a vaccine.

In Hungary, according to the Hungarian Central Statistical Office, the vaccine inclination is steadily growing: in the first week of December 2020 more than a third of the population would have turned down the vaccine and only 15% would have definitely accepted it (28% maybe, 21% doesn’t know), while in the third week of March 2021 52% percent would take it or already got it, and only 21% would decline it (20% maybe, and only 5.6% doesn’t know). In Poland, a survey conducted at the end of 2020 for Polish media outlet „Gazeta Wyborcza” stated that 43,8 % of Poles were not considering getting a vaccine. However, according to the governmental website, currently 75% are convinced to vaccinate.

Although we must attribute part of the growth to the vaccination campaigns, other factors may influence this decision. As shown in the Czech example, people are more likely to apply for the shot, if they know someone who already contracted the disease: in this sense, a more successful prevention can hinder the popularity of the vaccine.

As more people are getting vaccinated, positive models are also more visible – Israel, a country leading in immunity could almost fully reopen, proving that it’s worth being patient and getting vaccinated. With more and more people getting vaccinated, the possible circumstances of easing the quarantine rules are being discussed: when can we travel? Will we receive a vaccination “passport”? And the possibility of freedom for the vaccinated, or from an alternative perspective threatening limitations for “anti-vaxxer” are shifting opinions.

In those countries, where the Sputnik V and Sinopharm shots were available right after their launch, but without having approval from EMA, as some governmental narratives put more emphasis on these vaccines, the pressure mirrored in the acceptance.

Another phenomenon might also have a negative impact on patience: in many CEE countries, despite the official vaccination order, some “privileged” people got the shots way before their age/health/occupation group.

2022.11.30.
Have you ever been to Nikeland? Or Gucci Town? If not,…
Read More
This website uses cookies to improve your experience. We'll assume you're ok with this, but you can opt-out if you wish.