Media monitoring of the latest news about the media and advertising markets of CEE from June:

Reuters report on Slovakia: More people pay for news, fewer trust it
People in Slovakia trust the news less than they did one year ago. They are also turning away from printed newspapers. Yet more than one-tenth of the country’s inhabitants pay for online news content. These are the results of the Digital News Report 2020, which follows and compares trends in 40 countries.
Jun
https://spectator.sme.sk/c/22427046/reuters-report-on-slovakia-more-people-pay-for-news-fewer-trust-it.html

COVID Pandemic Adds to Pressure on Hungarian Media
When the coronavirus pandemic came to Hungary in March, media freedom in the country was already on life support. The consolidation of news organizations into the hands of a few government allies, and financial pressure placed on independent outlets, had led to a degree of media control described by Reporters Without Borders as “unprecedented” in the European Union.
Jun 1
https://www.voanews.com/press-freedom/covid-pandemic-adds-pressure-hungarian-media

YouTube takes down anti-gay ad after outrage in Russia
An online video suggesting Russians back constitutional reform or see gay couples win adoption rights was taken down by YouTube on Wednesday after LGBT+ groups said it incited hatred.
Jun 3
https://www.reuters.com/article/russia-lgbt-referendum/youtube-takes-down-anti-gay-ad-after-outrage-in-russia-idUSL8N2DG4D5

Discovery agrees content-sharing deals in Czech Republic and Slovakia
Discovery Networks CEEMEA, a division of the US media giant that owns Eurosport, the pan-European sports broadcaster, has entered into content-sharing partnerships with T-Mobile Czech Republic and Slovak Telekom, the telecoms companies, and Digi, the pay-TV broadcaster.
Jun 3
https://www.sportcal.com/News/Search/131773

European Digital Advertising Market Exceeds €64b in 2019
Market forecasts for 2020 show that digital advertising could decline by -5.5%. All other media expected to experience -21.3% decline this year. IAB Europe, the leading European-level industry association for the digital advertising and marketing ecosystem, announced at its virtual Interact conference today that digital advertising grew 12.3% in 2019 to €64.8b (£57.8b), driven by strong growth in out-stream video, mobile and social spend.
Jun 3
https://www.exchangewire.com/blog/2020/06/03/european-digital-advertising-market-exceeds-e64b-in-2019/

Facebook to apply state media labels on Russian, Chinese outlets
Facebook Inc (FB.O) will start labeling Russian, Chinese and other state-controlled media organizations, and later this summer will block any ads from such outlets that target U.S. users, it said on Thursday.
Jun 4
https://www.reuters.com/article/us-facebook-media/facebook-to-apply-state-media-labels-on-russian-chinese-outlets-idUSKBN23B2PX

Portal: Estonia joins calls for better EU anti-disinformation efforts
Estonia has joined calls for improved European-level action to counter misinformation directed at the European Union in the aftermath of the COVID-19 crisis, particularly from both China and Russia, in a paper jointly issued with the governments of Latvia, Lithuania and Slovakia, United States media portal Politico reports.
Jun 5
https://news.err.ee/1098902/portal-estonia-joins-calls-for-better-eu-anti-disinformation-efforts

Bulgaria’s bTV faces investigation
The Bulgarian national commercial broadcaster bTV is to be investigated by the Commission for Protection of Competition (CPC) for allegedly unfair competition on the basis of contracts with the Bulgarian Sports Tote (BST).
Jun 8
https://www.broadbandtvnews.com/2020/06/08/bulgarias-btv-faces-investigation/

Czech civil society fights back against fake news
In the Czech Republic, the media ecosystem is plagued by disinformation. A group of PR professionals have teamed up to cut off dodgy outlets from their main, and often only, source of income — online ads.
Jun 10
https://www.dw.com/en/czech-civil-society-fights-back-against-fake-news/a-53758412

Lithuania welcomes EC attention to Russian disinformation, expects action on platforms
Lithuania’s ambassador to the EU says the European Commission clearly identified the problem when it blamed Russia and China for spreading disinformation about the coronavirus pandemic, but believes that stronger action should be taken against online platforms that are disseminating fake news.
Jun 10
https://www.baltictimes.com/lithuania_welcomes_ec_attention_to_russian_disinformation__expects_action_on_platforms/

Calm before the Storm? Czech media amid the pandemic
The Czech media landscape – heavily hit by the loss of advertising revenue due to the pandemic – has changed drastically in the last couple of months. Since February, some television channels swapped hands, others re-branded, and a leaked e-mail sparked fears of political interference in public broadcasting.
Jun 11
https://kafkadesk.org/2020/06/11/calm-before-the-storm-czech-media-amid-the-pandemic/

For gay stars of banned condom ad, no let-up in Poland’s LGBT rights clampdown
For Jakub Kwiecinski, a ban by Poland’s public broadcaster on a condom advert featuring him and his husband has come as no surprise, but it does make him uneasy about what targets a government clampdown on LGBT rights will pick on next.
Jun 12
https://www.reuters.com/article/us-poland-lgbt-advert/for-gay-stars-of-banned-condom-ad-no-let-up-in-polands-lgbt-rights-clampdown-idUSKBN23J1W7

Twitter removes state-linked accounts used by China, Russia and Turkey
Twitter said the accounts were part of a network used to push propaganda, attack critics of the government and spread misinformation. A majority of the accounts were linked to China.
Jun 12
https://www.dw.com/en/twitter-removes-state-linked-accounts-used-by-china-russia-and-turkey/a-53780815

China calling: Slovaks wonder what’s behind Beijing’s media offensive
While experts debate the scope and aim of Chinese media offensive in Slovakia, surveys show that it is already having an effect on public opinion. For years, Slovakia was fertile ground for public debates, disinformation campaigns and conspiracy theories believed to be linked to Russia’s propaganda machine. Lately, however, China has been stepping up its media game and taking centre stage, surfing on the pandemic wave.
Jun 15
https://balkaninsight.com/2020/06/15/china-calling-slovaks-wonder-whats-behind-beijings-media-offensive/

Top Russian Newspaper Editors Quit, Denouncing Pro-Kremlin Censorship
Senior editors at Russia’s leading business newspaper quit Monday in protest against what they say is censorship under new ownership, as a months-long dispute between journalists and management came to a head.
Jun 15
https://www.themoscowtimes.com/2020/06/15/top-russian-newspaper-editors-quit-denouncing-pro-kremlin-censorship-a70578

EC non-papers note pressures on judiciary and media in Serbia and Montenegro
In its latest six-month report on the state of the Chapters 23 and 24 , the so-called “non-paper”, the European Commission notes the continuation of threats, intimidation and violence against journalists in Serbia, adding that, during the first half of 2020, an “unbalanced representation by public service broadcasters of the plurality of political views”.
Jun 15
https://europeanwesternbalkans.com/2020/06/15/ec-non-papers-note-pressures-on-judiciary-and-media-in-serbia-and-montenegro/

Latvia to limit Russian channels
The Latvian parliament (Saeima) has approved at the third reading amendments to the Electronic Mass Media Law. According to the amendments, TV programme distribution service providers must ensure that at least 80% of additional programmes included in the basic TV package contain content whose original language is an official language of the European Union or the European Economic Area.
Jun 15
https://www.broadbandtvnews.com/2020/06/15/latvia-to-limit-russian-channels/

Croatian Gov. In Secret Meeting Urged Media To Fall In Line Ahead of Coronavirus Response
The Croatian government in a secretive mid-March meeting reportedly tried to guide journalists’ coverage of the coronavirus outbreak and the measures meant to fight it. Prime Minister Andrej Plenkovic and nearly every minister allegedly nudged news organizations towards a narrative of a competent government helming the COVID-19 response. The press obliged.
Jun 17
https://www.total-croatia-news.com/news/44353-croatia-government-covid19

Hungary’s two pandemics: COVID-19 and attacks on media freedom
A legal opinion commissioned by the European Centre for Press and Media Freedom (ECPMF) finds that the Hungarian Government’s response to the COVID-19 pandemic fails to live up to domestic or European legal standards and entrenches the country’s attacks on independent media outlets, journalists and media workers.
Jun 17
https://www.ecpmf.eu/hungarys-two-pandemics-covid-19-and-attacks-on-media-freedom/

Russia: Growing Internet Isolation, Control, Censorship
Russia has significantly expanded laws and regulations tightening control over internet infrastructure, online content, and the privacy of communications, Human Rights Watch said today. If carried out to their full restrictive potential, the new measures will severely undermine the ability of people in Russia to exercise their human rights online, including freedom of expression and freedom of access to information.
Jun 18
https://www.hrw.org/news/2020/06/18/russia-growing-internet-isolation-control-censorship#

Strong support for Czech licence fees
Over 80% of Czechs are in favour of the country’s public broadcasting to continue being funded by receiver licence fees. Quoting the findings of research undertaken by the Median and STEM/MARK agencies, Ceska Televize (CT) adds that the current level of fees is considered appropriate or too low by 84% of people in the case of Czech Radio (CRo) and 81% in the case of CT.
Jun 18
https://www.broadbandtvnews.com/2020/06/18/strong-support-for-czech-licence-fees/

Russia fines opposition radio station for fake news
Russian opposition-leaning radio station Echo Moskvy and its website editor have been fined the equivalent of $3,745 for posting the comments of a political analyst who questioned Russia’s coronavirus statistics.
Jun 19
https://apnews.com/47b0ee05dd531c693c860e4c05766775

Hungary’s leading website index.hu says its independence is at risk
The editor-in-chief of Hungary’s news website index.hu said on Sunday the outlet that has been a leading critic of Prime Minister Viktor Orban’s government was at risk of losing its independence because of what it called “external influence”.
Jun 21
https://www.reuters.com/article/us-hungary-media/hungarys-leading-website-index-hu-says-its-independence-is-at-risk-idUSKBN23S0QY

What European OECD Countries Are Doing about Digital Services Taxes
Over the last few years, concerns have been raised that the existing international tax system does not properly capture the digitalization of the economy. Under current international tax rules, multinationals generally pay corporate income tax where production occurs rather than where consumers or, specifically for the digital sector, users are located.
Jun 22
https://taxfoundation.org/digital-tax-europe-2020/

Serbia election: President Vucic declares landslide win in controversial parliamentary vote
Serbia’s president declared a landslide victory for his right-wing party on Sunday night, in a controversial parliamentary election held amid concerns over the coronavirus pandemic and a boycott by much of the opposition.
Jun 22
https://www.euronews.com/2020/06/19/serbia-votes-all-you-need-to-know-about-europe-s-first-national-election-since-covid-19-lo

Google fined €2,000 over insult to Romania’s National Salvation Cathedral
Google in Romania has been fined €2,000 after an internet user tagged the country’s massive new Orthodox cathedral with an insulting post on Google Maps. Romania’s National Anti-discrimination Council (CNCD) imposed the fine on June 17 after the People’s Salvation Cathedral in Bucharest was given a new tag that renamed the unfinished €110 million mega-project “The Cathedral for making a fool of the Romanian nation”.
Jun 23
https://www.euronews.com/2020/06/23/google-fined-2-000-over-insult-to-romania-s-national-salvation-cathedral

Romania’s anti-trust body looks into Clever Business Transilvania’s takeover of Prima TV
Romania’s competition authority said that it is looking into the recent takeover of local Prima TV by Clever Business Transilvania media group. In order to determine whether the concentration is compatible with a normal competitive environment, the Competition Council will consider the notified transaction under the merger regulation, the institution said in a press release on Wednesday.
Jun 25
https://seenews.com/news/romanias-anti-trust-body-looks-into-clever-business-transilvanias-takeover-of-prima-tv-704023

Poland presidential election heads for second round
Poland’s President Andrzej Duda has topped the first round of voting but must still go into a run-off vote in the presidential election. The conservative Mr Duda will face the liberal mayor of Warsaw, Rafal Trzaskowski, in the second-round vote in two weeks’ time.
Jun 29
https://www.bbc.com/news/world-europe-53215106

Bulgarian Publisher’s Acquittal Welcomed by Media Freedom Watchdogs
Media watchdogs welcomed the acquittal in Bulgaria on Sunday of the independent publisher and businessman Ivo Prokopiev, describing the charges against him as retaliatory and as intended to stifle investigative reporting.
Jun 29
https://balkaninsight.com/2020/06/29/bulgarian-publishers-acquittal-welcomed-by-media-freedom-watchdogs/

What does motivate to shop online and what has changed during the lockdown? E-commerce research in Lithuania and Latvia
Gemius has conducted the E-commerce study 2020 on internet users online shopping habits in Latvia and Lithuania. It revealed that the better price in online stores than in traditional ones is the most important motivation for online shopping in both neighboring countries.
Jun 29
https://www.gemius.com/all-reader-news/what-does-motivate-to-shop-online-and-what-has-changed-during-the-lockdown-e-commerce-research-in-lithuania-and-latvia.html

Expanding possibilities of blocking and banning: How MPs rewrite the law on media
In May of this year, after numerous claims by the media community, the “old” project was sent for rework. The relevant committee on humanitarian policy issues reassured journalists that the new document will take into account all their claims…
Jun 30
https://112.international/politics/expanding-possibilities-of-blocking-sites-and-banning-how-mps-rewrite-the-law-on-media-52648.html

Parliamentary election in Serbia: Media remain biased
There are two parallel monologues being held about the state of media freedom during the election process. The government, but also the Serbian Regulatory Authority of Electronic Media (REM), which represents an independent institution, claim they are satisfied and proud of media freedom in Serbia, and that the reporting during this period has been balanced.
Jun 30
https://europeanwesternbalkans.com/2020/06/30/parliamentary-election-in-serbia-media-remain-biased/

Courious about the CEE media and advertising markets? Check out our blog for further information! 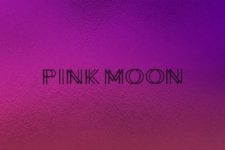 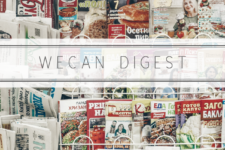 2020.07.17.
Media monitoring of the latest news about the media and advertising…
Read More

Learning to ride the waves of COVID-19

2020.07.16.
Corona virus trampled over the advertising market: the Hungarian media segment…
Read More
This website uses cookies to improve your experience. We'll assume you're ok with this, but you can opt-out if you wish.

Any cookies that may not be particularly necessary for the website to function and is used specifically to collect user personal data via analytics, ads, other embedded contents are termed as non-necessary cookies. It is mandatory to procure user consent prior to running these cookies on your website.